SP – Why did you become interested in the field of mass spectrometry and proteomics and what keeps you interested?

Albert – Mass spectrometry is clearly one of the most exciting analytical techniques of the last decade. I entered the field around 1990 working on gas-phase ion molecule reactions. The people in the field are extremely innovative and creative. I witnessed and participated in the opening of new areas such as proteomics and mass spectrometry driven structural biology. Witnessing the exciting explosion of new applications, I am flabbergasted when nowadays even medical students know what “b” and “y” ions are. No one in our field can predict where we will be in 5 years, as so much innovation is happening in the field of mass spectrometry. We have seen even our wildest dreams come through, and I am sure that this will only continue in the future. My dream is that in the near future we can “ride on the back” of a protein in the cell, see it location, its interaction partners and how communication between the proteins is regulated by PTMs, and this not just for one protein, but ideally for all of them in the context of their network. That will require further integration of technologies such as structural biology, cellular biology, molecular biology, and proteomics.

SP – How would you compare your de novo sequencing efforts using Lys-N with CAD/ETD, which is intended to create only a single ion series, with those that try to distinguish N- and C-terminal ions?

Albert – When I saw our first Lys-N ETD data I was very excited, as the peptide fragmentation spectra are so clear and straightforward to analyze. As someone who had to do this early on in my career by hand this is very pleasing to see. In genuine de novo peptide sequencing the biggest hurdle is represented by the gaps in the sequences, and so one wants information from each ion that may fill the gaps. The Lys-N ETD data provide very nice sequence ladders, but still there are often also gaps. If those can be filled with other fragmentation data one should do it, but I do think the Lys-N ETD data is a very nice start for de novo sequencing.

SP – Do you think proteomics will ever reach a stage where virtually all spectra will be analyzed with de novo sequencing? What kind of advances in instrumentation and informatics would this require?

Albert – Yes, for sure. For that, we need even better signal to noise, mass resolution, and mass accuracy, and likely also a full scenario of complementary proteases and fragmentation methods. In the near future I think we will benefit from more targeted databases as for instance provided by RNAseq. I think in the near future tissue/ cells samples will be analyzed in parallel by RNAseq and proteomics.

SP – Native mass spectrometry has the power to provide valuable structural information about proteins and protein complexes. To what degree do gas phase structure represent structures in solution and what are the limitations of this technique?

Albert – I rather describe the unique strengths of the method of native MS. It will not replace other methods, but clearly has an important complementarity. Clearly it is not going to provide structures resolved up to the atomic level, but data gathered by MS can not easily be over-interpreted; a mass is a mass! Native MS is in particular helpful in combination with other structural biology approaches such as AFM and EM. It has also the great potential to monitor dynamic processes such as protein folding, virus assembly and assembly of heterogeneous protein complexes. It will also easily assist in definining stoichiometries, topologies and even structures of yet unknown heterogeneous protein complexes, such as we showed recently for the CRISPR related protein complex Cascade.

SP – Though discrepancies between RNA and protein levels have been shown they often exhibit similar (at least in directionality) trends. Given the decreasing effort (and cost) required for thorough and quantitative transcript analysis, what types of questions require identification and quantitation of proteins as opposed to RNA and are there times when you would recommend that someone does RNA Seq instead?

Albert – We ask too often the question “either this or that”, while generally the answer is “take the best of both”. IPI and UNIPROT genome databases are of great help in proteomics, but they are not inferred from the actual sample under consideration. Considering all modifications that can happen at the genome and proteome level in the future RNAseq, or something similar, will complement I think every proteomics study. Cancer cells show so many mutations that are typically not yet all covered by genome databases. Still proteomics more unique position in analyzing PTMs will certainly gain importance, as these PTMs are clearly the way the cells regulate their functioning.

SP – Your group does a lot of work studying structural information about proteins (PTMs, complexes, etc). Mass spectrometry-based proteomics is one of (if not the) only omics-scale methods to study these things. Is this the future or proteomic research? What role do you see for proteomic technologies in the future?

Albert – At the moment MS based proteomics seems to have an exceptional position for the global analysis of proteins, but in the analysis of PTMs we are probably where global proteomics was 5-10 years ago; just seeing the tip of the ice-berg. We need to focus on developing further technologies. If we severely under sample the PTMs in proteome analysis we can never compare data in between studies

SP – Some view large proteomic analyses as an initial survey of a biological system from which to form hypotheses for follow up studies, while others believe the results of proteomics studies can stand on their own. How do you know when you have done enough? Can proteomics answer important biological questions or is it just a tool to direct further research?

Albert – It is still true that the better you ask your questions the more likely you will get an answer, but I genuinely believe that unbiased proteomics experiments have covered some terra incognito that would not be easily explored by asking a priori good questions. The wealth of protein-protein interactions and proteins PTMs were only fully realized when proteomics discovered them. The widespread presence of Lys-aceylation provides a good example of a biological regulation mechanism that was not really realized before it was reported. Again a balance between hypothesis driven and unbiased experiments to explore avenues no one has traveled before will be the best way forward for the field.

SP – Though proteomics can routinely measure thousands of proteins or post-translation modifications in a given experiment, it is currently limited to quantitatively comparing these measurements across only a handful of conditions and time points. Do you think that proteomics can be the technology to analyze thousands of proteins across hundreds of conditions? Why or why not?

Albert – I am always an optimist, but also based on the fact of what I have witnessed over the last 5 years, and what we can already do now. All aims of the past seem to have been reached and even over-reached. So I see no practical reasons why we couldn’t. My only concern is that we should still think cleverly about what we really want to compare and how we make samples comparable. It will be very hard to overcome biological variability, and we really should focus more on comparing apples with apples, and not apples with pears.

Discuss this interview with other SharedProteomics members here. 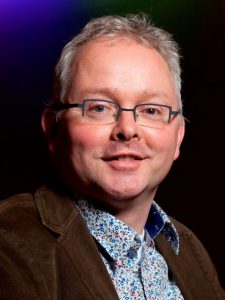 Prof. Dr. Albert J. R. Heck (1964) received his master’s degree in 1989 and his PhD degree on FT-ICR-MS in 1993, both from the University of Amsterdam. After doing postdoc research at the Hahn-Meitner Institute in Berlin and at Stanford University, he became Lecturer in Chemistry at the University of Warwick in 1996. In 1998 he was appointed Professor at Utrecht University as the Head of the Biomolecular Mass Spectrometry and Proteomics Group. In 2003 he became Scientific Director of the Netherlands Proteomics Centre and in 2006 the Scientific Director of the Bijvoet Centre for Biomolecular Research. He has received several awards such as the Golden Medal of the Dutch Royal Chemical Society and the Descartes-Huygens award from the French Academy of Sciences. He has currently published more than 300 papers. His research deals with the development and implementation of innovative MS methods for a more efficient characterization of proteins in relation to their biological functions. The emphasis is on the structural characterization of proteins and post-translational modifications as well as on the investigation of protein complexes and the formation of tertiary and quaternary structures.

Favorite city to visit – I always bring my running shoes on work- related trips and have many good memories of running around the boulevard of Havana, the shores of La Jolla and Vancouver Island and along the streets of the old Italian city of Sienna. I do however like mountains much more than cities.

Types and Names of any pets –Unfortunately allergic for cats and most dogs, so have to do with my sons’ goldfish; Blubber, Blub and Finn